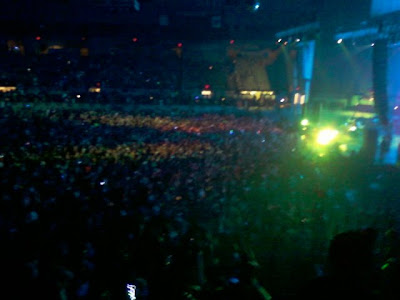 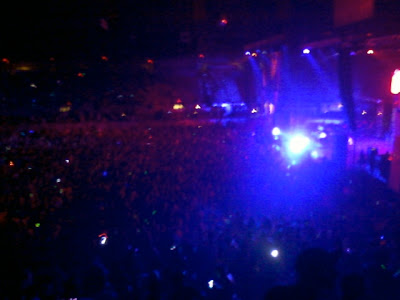 Got to see Dj Shadow which I've always wanted to. He mixed his old classics and made them sort of D&B, house, and dubstep style. So awesome, He was in this giant rotating sphere that projected the imagery on itself, it was pretty red, he became the Death Star at one point. Also saw Wolfgang Garther, Steve Aoki, MSKRET, LA Riots, Underworld and Data Life. The first 'massive' I've been to excluding lovefest.

anyways listening to 'surrounded by light' off of kaleidescope. gnite.
Posted by Brandon at 10:43 PM No comments:

From a Second Story Window

Seminal album 'Conversations' is a huge step from their first cd 'Delenda' which was predominantly deathcore-ish. This cd has much more melody and progressive elements to add a more obscure approach to the standardized structure and paradigms metal seems to follow these days. FASSW actually broke up after this cd was released (as many bands do at their prime). Apparently its a concept album with the lyrical basis about conversations the singer had with different vagrants and homeless people while on tour. Original to say the least.

I went to the Pumpkin patch last night with Nicole, Brad, Miranda, and Ricky. It was pretty fun we completed the witch maze in like 20min due to my extensive navigation skills ")

More notable bands of the moment

Also I noticed how hard the first band was hard to type 'Anamnesis' and I found out their name is the theory that Socrates created. Plato said if we don't know the true nature of virtue or what knowledge truly is then how can we attempt to search for it? If we know nothing of its attributes then we can't know what we're looking for, even if we should cross it we would not recognize it. Converse to that, if we do recognize and understand virtue and knowledge, then we don't really have a need to search for it.

Socrates response is 'Anamnesis'. The theory that the soul is immortal, and therefore incarnated repeatedly. 'Knowledge' is actually in the soul from eternity, but each time the soul is incarnated its knowledge is forgotten from the shock of birth. What one perceives to be learning, is in fact the recovery of what one has forgotten. The re attainment of one's true knowledge and virtue.

Plato elaborates later saying that our senses are of error and cannot be trusted. That 'Anamnesis' can be achieved when one perceives life through their soul, and and not our senses.
Posted by Brandon at 10:54 AM No comments: