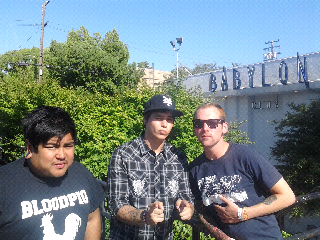 Posted by Brandon at 9:41 PM No comments:

I seemed to have created a monster.  As Dr. Frankenstein probably once felt.  I also noticed I haven't mentioned Karlie as much as I should have in these recent posts.   She was an amazing girl and one of the most life changing experiences I've had.  In my resistance to avoid predictable vanilla flavors in women and in social activity I found both a hobby and a girl both flavored of sour bubble gum and pop rocks.  Karlie started dancing at these events and she looked amazing .

New years was my biggest event ever, period.  500+ people showed up, we had az'rael, symbolik, and kennedy veil played for the bands.  We got a rapper for the first time, xcypherx and then the djs after.  Trever, David and Jrad.  Bedraggled (drummer of symbolik) was going to spin but he didn't bring his equipment.  Anyways the party was absolutely insane and I had the time of my life.  The music, the lights, utter insanity.   Then someone got stabbed and it was downhill from there.  An all out brawl ensued and 20+ people got involved and security couldn't even help.  Tracy pd showed up and eventually highway patrol came too.  Shortly after the sheriff and even a swat team looking group made an appearance.   They kicked in the door to the grow operation we had going and I got arrested.   I was threatened 4 years in jail but only spent 5 hours in their car.   Shit preverably hit the fan.

Posted by Brandon at 9:34 PM No comments: 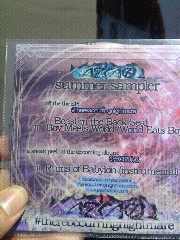 Posted by Brandon at 9:25 PM No comments: 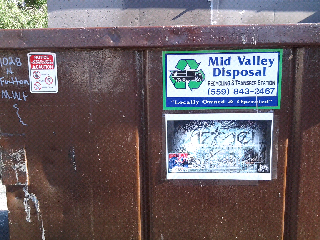 Posted by Brandon at 9:25 PM No comments:

Pretty sick venue.
Scratch that from my bucket list. 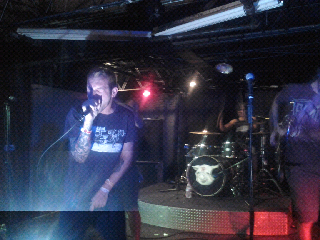 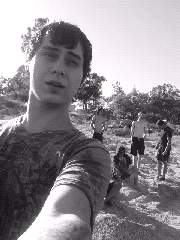 Posted by Brandon at 6:20 PM No comments:

I'm hitting the road with my friends in Behold the Device through so Cal and back.  Finally putting my Az'rael tour van to use lol.  I'm in Santa Cruz right now with them and our buddies in Bloodpig who's touring with.   We spent the night at Alex's (We're not Friends Anymore) house in Oakley after the show in Alameda (which was interesting to say the least)  and I got to watch an icp juggalo documentary, which completely changing changed my perspective on life.

Today we went tot the beach!   We ventured along the coast and climbed rocks and wared with a giant starfish, as we'll as the tide itself.  Saw this awesome cove but due to the violent tide and cold temperature of the water none of us had the huevos to enter.  We then had a BBQ in the park w pasta, hotdogs, chili, steak and smores.   yum :)

I realized I haven't posted on this in months again so I will, once again, attempt to recap on my experiences, which are quite plentiful.

Posted by Brandon at 8:25 PM No comments: